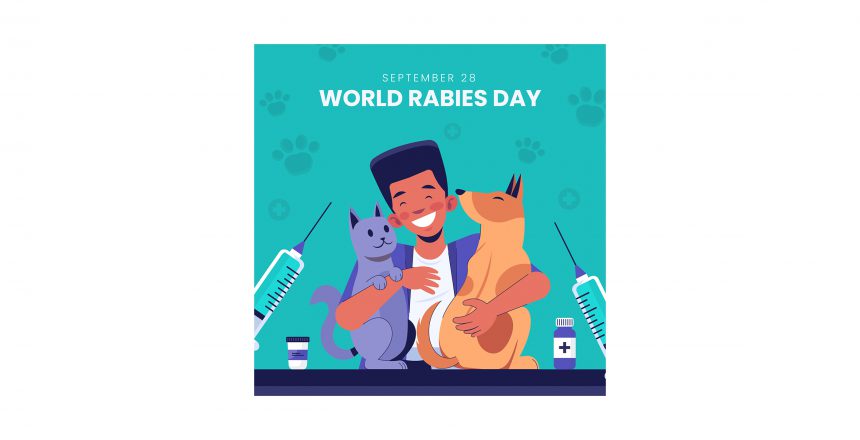 Rabies is a deadly disease which can affect all warm-blooded animals, and is transmitted by bites. In the Western Cape, rabies is mostly found in wild animals, but it does sometimes spill over into the domestic animal population when cattle, sheep, dogs and cats develop the disease.

Worldwide, people are most commonly exposed when companion animals get rabies. Dog rabies is often found in our neighbouring Eastern Cape Province, as well as in KwaZulu-Natal, Mpumalanga and the Limpopo province.

Vaccination of pets is the most effective way of protecting humans from exposure to this potentially deadly virus. Vaccination of dogs and cats against rabies is compulsory in South Africa in accordance with the Animal Diseases Act, Act 35 of 1984. All dogs and cats must be vaccinated at 3 months of age. A follow up vaccination is due within one year and thereafter every three years. Animals which travel abroad might need more frequent vaccinations and sometimes also testing to prove effective immunity against the disease.

Although we have mainly seen the wild animal rabies in the Western Cape, we are extremely vulnerable to the introduction of dog rabies, being particularly at risk in areas with high densities of unvaccinated dogs and cats. Vaccination in our impoverished areas is therefore of the utmost importance and a high priority. Of particular concern is the protection of children – children should always be protected from bites from dogs, and this is a plea we make to all community members.

In order to protect our provincial human- and animal populations, a massive rabies awareness and vaccination campaign for dogs and cats is planned to coincide with the World Rabies Day on 28 September 2022 and during the National Rabies Week from 28 September – 2 October 2009. All pet owners are encouraged to make sure all their pets are correctly vaccinated against rabies. Please visit your local veterinarian if in doubt. Organised rabies vaccination campaigns are also planned for pets in impoverish communities.

Western Cape has planned a number of interventions spanning province wide to strengthen public awareness about the disease in an attempt to mitigate its spread ( See link for more information: https://bit.ly/3EdFK95).  We encourage citizens to participate.